Being an actor OR doing some acting 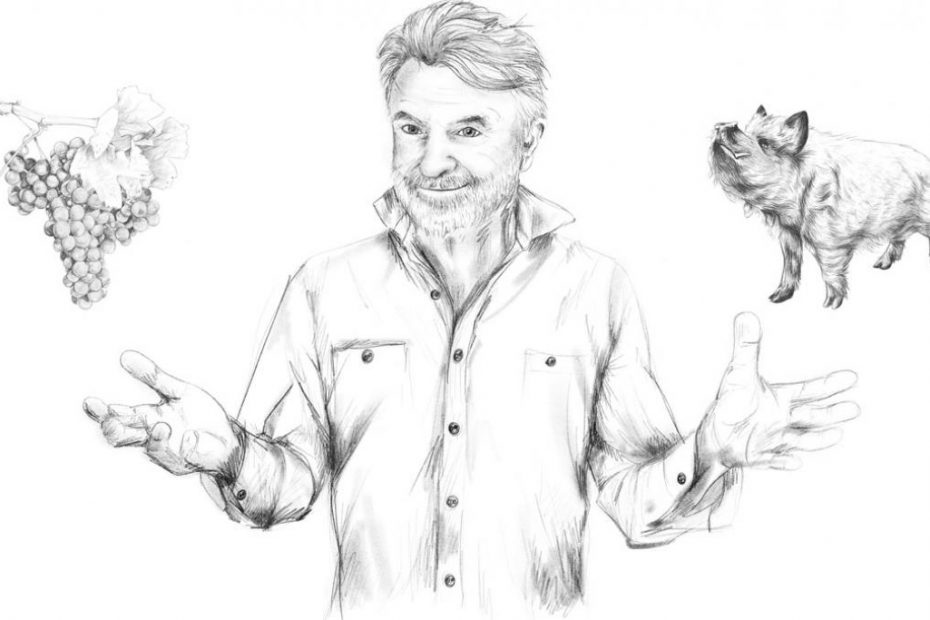 I recently watched a popular video of Sam Neill speaking about mental health and acting, and it made me think about the difference between being an actor OR doing some acting.

In the video he makes a case for separating your sense of identity from your job, as a way to avoid the existential panic of personal identity when you’re not acting.

“Most people are between jobs. What ARE you between jobs? … if you think of yourself as an actor, and you’re not actually acting, you’re kind of no one.”

Watching this video reminded me of how important it was at one point in my life to claim the identity of ‘actor’.

It also made me reflect upon the fact that as I grow older, I see my fellow actors becoming far looser with acting as an identity, and far more expansive with their sense of who they are around and beyond their acting work.

As Sam highlighted in his interview, acting includes a lot of hidden work – auditioning and being ‘rejected’ for role after role.

This can at times be a pretty brutal experience. As is often the case during periods when things feel scarce, it’s common to cling on for dear life to the identity of ‘actor’ almost as a way to convince ourselves that we still are, even if we seem to be standing stock still.

The truth is, no human is only the job they do. We’re all so much more complex and multifaceted than one word could ever encompass (well perhaps ‘human’).

Just so you know, I’m writing this piece for myself as much as for you.

I was burnt out a few years ago. I’d become so tired of all the anxiety and self doubt that comes with acting that I started to seriously consider giving it all up.

I signed up for an acting workshop, and at the beginning we took turns sharing why we’d signed up. I admitted to the group that I wasn’t sure if I even LIKED acting anymore, and I was at that workshop to find out.

By the end of the workshop, I had rediscovered how much fun it was to play with people. But I wouldn’t have minded if I hadn’t discovered that. I just really wanted some clarity.

Loosening up the acting identity – moving it from a noun to a verb, or from being to doing – is something I’m at the beginning of experimenting with.

I’ve spent so long working to feel comfortable with calling myself an actor, I’m a bit afraid of letting all that work go.

I’m so inspired by people like Sam Neill, and my friends who give themselves permission to do acting alongside other joyful jobs and hobbies.

I have an amazing part time job audio describing for broadcast television. I love getting to use my voice and skills as a storyteller to expand the accessibility of screen content for the blind and vision impaired.

It’s a small audience, but an important one. It’s also a job that’s led me to some awesome tv shows such as The Casketeers and Kiri & Lou.

I wouldn’t have discovered these two gorgeous shows without my part time job.

Reframing the identity of acting is a way for us to expand our own sense of self. After all, acting isn’t what we are, it’s what we do.

It means we can include our part time jobs if we want to, or our side hustles or favourite hobbies.

Labels should serve us, not restrict us. And we can change them if they’re no longer working.

More and more, people are coming to realise that identifying too closely with your job can be a recipe for disaster.

Here’s an article from Psychology Today in which Jeffrey Davis highlights what he describes as workism and society’s growing obsession with work as central to modern identities.

He closes with this line:

“You are not your work.”

This is a sentiment I think creatives could benefit from.

What continues to feel most important for me is that I protect and nourish my inner creative spark.

Burn out numbed that spark in me and it felt awful. I don’t want to risk losing it again.

People drawn to acting are often curious, and expressive individuals.

The form of expression doesn’t always have to be acting in order to satiate that desire.

In other words: you don’t have to stop being creative just because you’re not doing the acting.

The people I know who act also:

I don’t know who told actors that they’re not allowed to be other things as well, but I hope that myth can dissolve soon.

However you decide to identify yourself, be sure it’s in a way that feels right to you.

People will always have opinions about how you should and shouldn’t do things, but the beauty of leading a creative life is held in this one truth: there are no rules.

You get to decide what works for you.

It’s as simple, and as complex as that.

Do you have secret passions outside of acting that you’re shy about? If you feel like sharing, comment below, I’d love to hear from you,