The Virgin Mary on stage 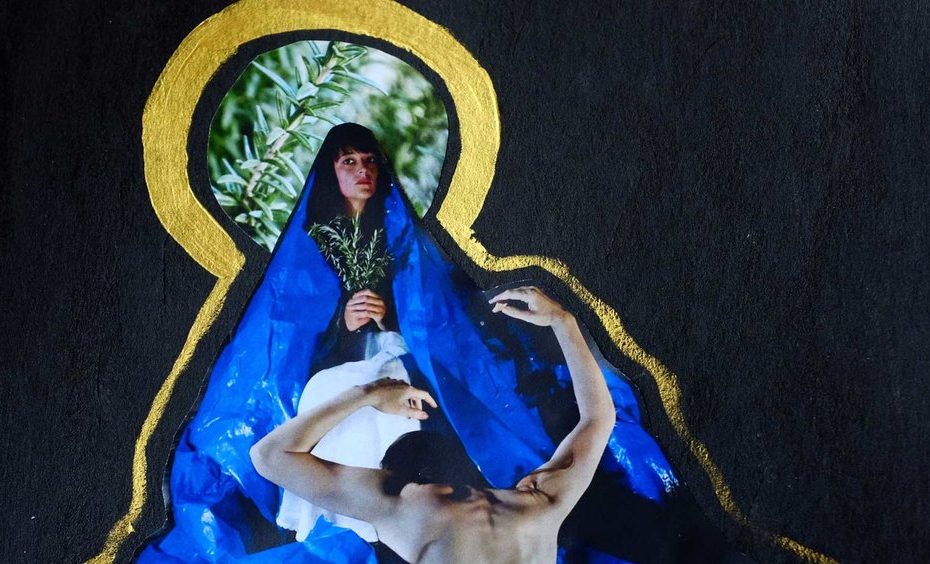 Over the last few months I have been working as a dramaturg on a multidisciplinary dance work titled ‘Rosemary’ for the Auckland Fringe Festival.

‘Rosemary’ is a meditation/exploration of the elusive symbol of the Mother/Virgin Mary.

This was a wildly rich and at times daunting starting point for creating performance, and one I was instantly attracted to. The journey around and into the depths of Mary has been both gentle and explosive.

I have not worked as a dramaturg before – though I have discussed it with potential collaborators. Luckily though, I had taken a few papers in dramaturgy during my undergraduate degree at Vic Uni in Wellington, and paired with my rigorous Masters degree in Acting and text interpretation I felt equipped, albeit fresh. Rosie Tapsell – one of the co creators of the piece – described my role as one of ‘midwife’ to the creative process, with herself and the extraordinary Jazmine Rose Philips as the ‘mothers’ or ‘life givers’ of the piece – interesting how even our metaphors were mother inspired.

During the process, I dug up a beautiful ezine created by Andy Edwards and Paul Hughes titled ‘Talking Dramaturgy’ to start unpacking how I might be of service to the work.

It is a strange role – and depends entirely upon the specific project being made and how the creative team is built up.

In this instance, there was no director, so at times it was simply a matter of being an outside eye and providing some notes on how things looked, though for me it came back to asking questions in order to gain clarity – as well as simply being present during the creative process – a sort of stand in audience – in order for the creators to consider how things might be interpreted.

‘Talking Dramaturgy’ has a variety of excellent pieces on what is a very elusive role – but the writing that I found most useful was Andy’s description of dramaturgy as :

This is a surprisingly tricky task, and I know there were points where I was receiving the work very much through the lens of someone who went to a Catholic school for the first eight years of my life. But then, Rosie was aware of this background when she asked me to come on board – so I had to trust that this lens was useful.

As a performer who is typically in the work, rather than observing it, this experience was both a challenge and a freedom. A chance to stand back and view the creation process with a looser attachment. A production still of Rosemary – taken by Carl Naus

The shows run at Basement Theatre is over now, and on Sunday 3rd March it won the Auckland Fringe award 2019 for Best Dance – a lovely cherry on top of a deliciously fragrant cake.

But there is also something rich and important about her once all the bullshit is shoved aside – something I think we glimpsed in the creative process – something abundant and charming and messy…something a little beyond our grasping.

I remain in awe of the ways that Rosie and Jazmine navigated and unfolded their creative relationship.

The waters were not always calm, and during the creation process Jazmine experienced an assault and subsequently protested the assault and the disappointing police response by utilising her performance art skills, for more info check out the spinoff article – https://thespinoff.co.nz/society/14-02-2019/k-road-naked-protester-i-was-feeling-the-violence-towards-all-women/ She makes the sun shine bright

She sits in her full palette

We’ve stretched her in many directions

A korero about a statue

“Are you going to Scarborough Fair”

Pleasing others in sacrifice of ourselves

As the gentle idiot midwife, I did my best to stand by and guide the various surprising births which occurred in response to what is an iconic birth story and life within western narrative tradition.

I checked which direction things were moving

I monitored heartbeats and temperatures

Now in post show reflection, with a cup of tea and a laptop, I can see clearly how this process challenged and shaped me by placing before me an unsolvable mystery. A lot was and is written about Mary, but, as Uta Ranke-Heinemann puts it:

“Theologians wanted to teach people ABOUT her, not to be taught BY her.”

To attempt to listen to and learn FROM her, after all this chatter around and about her, requires such a deep patience and gentleness – the kind many women are taught not to have with ourselves.

“Many people may well have hankered after the image of a queen of heaven, but many more would have preferred a human being…”(Ranke-Heinemann)

Her mystery still entices me, and I suspect it will for some time yet…