Why are so many actors spiritual? 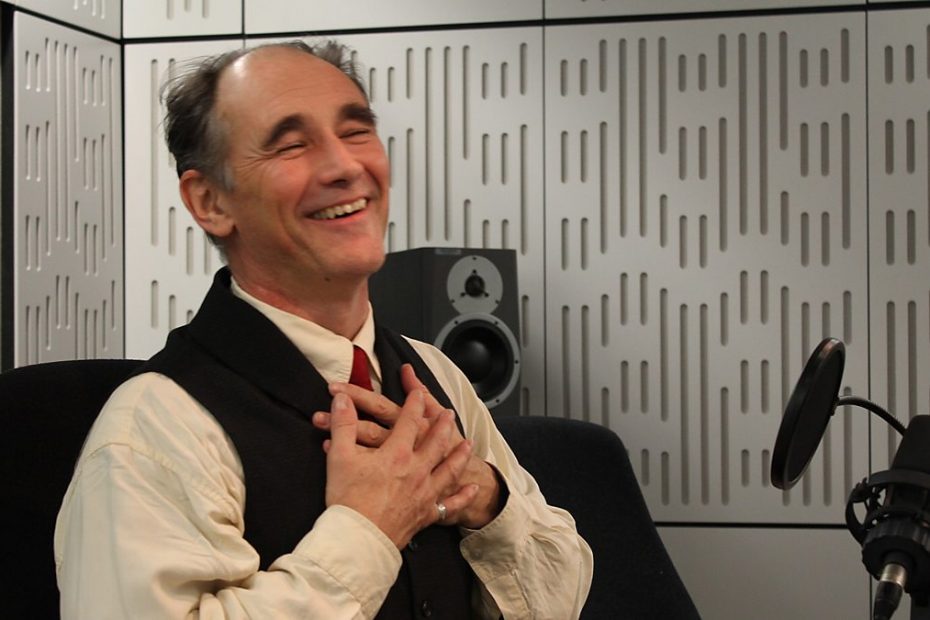 The spiritual lives of actors fascinate me. In this blog I explore the connection between acting and spirituality, with reference to Mark Rylance, Brene Brown and Judd Apatow to name a few.

A few years back I listened to Mark Rylance on Desert Island Discs. In the interview, he revealed that he made a major career decision by consulting the I Ching.

“…there was a quite a big turning point in 1987 when I was quite poor and I auditioned for Stephen Spielberg for a film called Empire of the Sun and he offered me a very small part and I’d just been in a terrible film ... and had such a bad time in it, so I turned it down … and then he came back and offered me a better part .….within a couple of hours Mike Alfreds – my great teacher, mentor in the theatre who I’d wanted to work for for ages said: ‘I’ve got this new season at the National, come and be part of it’. …I did all the lists you know of the benefits of both…they were completely equal, and I turned eventually to the I Ching, and you just ask it ‘where now?’ and it gives an answer and the answer it gave if I went to the theatre was: ‘community’, and that swayed it for me… …..and it was because of that decision that I met my wife Claire.” (edited for clarity)

For me, acting is about reintegrating the mind and body.

In 1637, René Descartes famously wrote: “I think therefore I am”. Whilst there is arguably some layered complexity to this statement, taken as written it rather disregards the wisdom of the body.

Rylance was standing at a crossroads, and did what any one of us would do. He wrote out a pro and con list. It didn’t satisfy him, it didn’t lead to clarity, and it only further affirmed the equality of the opportunities. THEN he turned to the I Ching, an ancient Chinese divination text, and asked it the simplest of questions: “where now?”

He reframed his decision making process through the lens of an ancient text, through which he found wisdom and clarity. He accessed his feelings, and was able to make the decision that felt right for him at that moment.

When I first heard this interview, I was so fascinated by Rylances impulse to reach for an ancient text when making an important decision. It felt like such a creative way to approach a conundrum.

Have a chat with any actor and if you dig a little below the surface you’ll discover they have some kind of daily ritual/spiritual practice/belief system that they might be a little coy to admit.

Before I continue, allow me to clarify what I mean by spirituality, because I know it’s a lofty and often vague seeming word.

I love Brene Brown’s definition, taken from her book The Gifts of Imperfection:

“Spirituality is recognizing and celebrating that we are all inextricably connected to each other by a power greater than all of us, and that our connection to that power and to one another is grounded in love and compassion. Practicing spirituality brings a sense of perspective, meaning and purpose to our lives.”

The growing popularity of describing oneself as spiritual rather than religious is, I suspect, due to it’s broader, more inclusive definition. Spirituality has no dogma or fundamentalism. It is more elastic and can encompass a more expansive understanding of the human experience.

It’s a common theme I have noticed for people to discuss their spirituality in a somewhat withholding or coy way. We are protective of these internal, rather personal feelings and inner workings. I know I have the fear of judgement, of being perceived as a bit woowoo, like I have my ‘head in the clouds’, or I’m ‘away with the fairies’. Nonetheless, my fascination with the spiritual component of the creative process remains.

After hearing Rylances interview, I too found myself at a crossroads. In my flat in Glasgow, on a cold January night in 2017, I woke at 4am from a vivid dream. I felt a wave of memories wash over me. Unsettled, I had flashes of my experiences since moving to the UK – the successes, the disappointments, the highs and lows. I arrived, finally, at a question: Do I still want to be here?

The question jolted me a little – I didn’t understand where it had come from, but it excited and terrified me. Every year that I lived in the UK I asked myself this question. But this was the first time that I sensed the answer was different. I felt elated and terrified.

Not long after that night, I took a leaf out of Rylances book, and consulted an online version of the I Ching. I asked if I was making the right choice, and it responded with the image of progress, of the sun rising over the earth. It was deeply reassuring.

I’ll be honest, I didn’t need the I Ching to agree with me. I knew in my bones that it was time to return to New Zealand. But, as with many other spiritual tools and practices, it helped me to feel held and connected to a greater power.

I think the reason a lot of actors develop an interest in some form of spirituality is that our work involves exploring how it feels to be a human. Naturally this exploration leads us to asking bigger and bigger questions about life. What are we here for? Is there a meaning to our existence or not…

In a conversation between Brene Brown and Judd Apatow, Judd admits to reading self help books voraciously. I found this reassuring as I often find myself reading books from the ‘self help’ section.

“I’ve always been like addicted to reading self-help books…I think as a writer I love self help books, because there’s always great examples of fights and conflicts….so I always read tons of them because I felt like it helped me understand people and characters and what their motivations are and then hopefully it helped me, you know in life … and…you know… your books had a big impact on me because I never thought about those words like vulnerability, it wasn’t in my lexicon…” (edited for clarity)

“The more we try to be ‘new’, the more repetitive and reactionary we become. We are new. We cannot be otherwise. We have no business trying to be anything. We can be nothing at all by an effort of will. Creation renews us and our surroundings every second of every day whether we like it or not. Newness happens to us without our permission.”

Oooooooft. Definitely read that book if you’re an actor. It’ll blow your mind.

What I love about actors is their courage and willingness to climb inside the difficult and complex parts of being human and to suspend judgement, to just explore what it feels like. What are the textures and tastes and sounds of this particular life?

In her book Big Magic, Elizabeth Gilbert defines creativity as:

“the relationship between a human being and the mysteries of inspiration.”

Developing such a relationship requires some form of spiritual imagination, even if we only experience spirituality as the calm feeling we get when we breathe mindfully.

Spirituality gives an actor some form of grounded supportive framework to hold her while she gets into the mess. Spirituality allows the actor to develop a deep relationship with her creativity.

Which is why I think acting has an inherent spirituality to it.

I wonder what you think about spirituality and its connection to acting? Drop a comment below, I’d love to hear from you!